Not every liqueur makes it to the international level of success, similarly, not every liqueur goes out of trend even after centuries. We know such the greatest and famous liqueurs of all time. Today, we are talking about Don Julio (also pronounced as Don Hulio) 1942. Yes! The liquor that has never gone off the table of trending liqueurs, it is one high-end tequila that serves the greatest pleasure to its consumers. Maybe the last time you take a better look at Don Julio 1942 tequila was when your parents had it in a party decades ago, but today, it’s time for you to explore such experience. Let’s find out what is so special about Don hulio?

1942 Don Julio is a premium tequila with US Proof 80 that has been introduced and produced in Mexico. To the reader’s surprise, it is the largest valued brand of tequila all over the world. Along with it, the production of this world-class liqueur is counted among the eight largest produced liqueurs by volume at an international level. Without a doubt, it is a few steps away from making a Guinness world record. 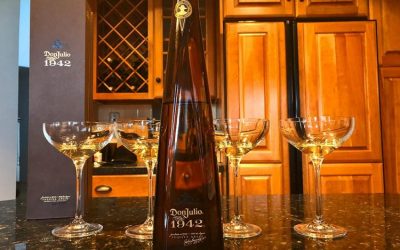 Don Julio 1942 reviews as the one-stop production liqueur that solely produced, sold and bottled in Atotonilco El Alto city, Jalisco in Mexico. Being a single production of this spirit, the liqueur has managed to get liquor licensing for worldwide trade. That’s right! The real-time lovers of this tequila have ensured to order it from time to time and never let it go out of trend.

As per the history of this liquor that enjoys favoritism, it is named after its producer who is known as Don Julio Gonzalez Frausto Estrada. At the age of 17, Mr. Gonzalez from Mexico has invented this outstanding tequila and named it Don Julio that is also his first name.

Of course, the success in the starting, i.e.., around 1942 was limited. Yet, Gonzalez kept his inspiration driven and opened up a distillery called La primavera. In this distillery, Gonzalez had started producing this extraordinary liqueur in bulk. Not only did he produce but also he kept using different distilling techniques to improve the crafting and taste of this traditional tequila.

What Are The Different Varieties of Don Julio?

With the prominence of 1942 hulio drink, its variation into different flavors has increased. On one where alcohol consumers prefer an extra-strong glass of this tequila, some consumers prefer a light shot that gives refreshment to the mind. Let’s countdown the various flavors of this exclusive liqueur by Gonzalez.

Tequila Blanco has introduced in 1942, it was a first-ever saleable version of this outstanding liqueur. It is 100% blue wager agave alcohol that gives Blanco a twist of mint and nature. Apart from this, it is double distilled. One of the amazing parts of the production of Blanco duo julio is that its crafting remains very handy. That’s right! All agaves are hand-chosen and given a perfect hint of natural flavors.

Indeed, it remains the purest version of wager agave loaded drinks because its distillery makes it using a neat procedure. In the United States and other countries, the affordability of Blanco remains high. It costs $40 to $70 based on the size of the liqueur. Its alcohol by volume percentage is 40%. Thus, it is a low-alcohol content tequila.

Reposado edition of Don Julio tequila is one of the best-flavored 100% blue weber agave liquor that is stored in oak bourbon barrels for over 11 months. Yes! Crafting and distilling up to 11 months cause the liquor to impress the consumer with the exclusively light and crispy mouthfeel.

Being barreled in oak bourbon, you can taste a hint of bourbon in the Reposado which makes it one of the top-notch picks for the whiskey lovers who love to taste tequila occasionally. It is pot stilled in stainless steel for delivering an unexpected strength. It contains 40% alcohol content. Alongside this, it is quite affordable as per the boons that it delivers. In the US, it costs between $35 to $70 depending on the size of the Reposado bottle that you are purchasing.

Anejo is the best-known branded drink by the La Primavera distillery. Anejo drink complements the strongest barreling strategy of oak bourbon. Indeed, to the reader’s surprise, Anejo is kept in oak barrels for 18 months. It is likely imaginable to match and compare the flavor of Anejo with that of bourbon whiskey.

In today’s market, Anejo is counted among the 5-starred refreshing liqueur. From sweet aromas to initial taste, Anejo is preferred don julio over any other tequila. Duo Julio 1942 near me costs between 35 USD to 70 USD. In Oregon, it costs 55 US Dollars. It contains alcohol content up to 40% that makes it a light-alcohol loaded tequila.

70 Anejo Claro is well-known for giving Anejos’ traditional flavors. The nurturing characteristics of 70 Anejo Claro contain elements that make it a clear white spirit. It is recognized as the world’s first-ever clear Anejo that has the mouthfeel of blue agave, beautified aromas, and long-lasting ecstasy.

This amazing Anejo is stored in American oak barrels for growing its strong mouthfeel. The art of Anejos is undoubtedly large, yet, 70 Anejo Claro stands out because of its not more than 40% alcohol content and high-end affordability. It costs only $35 per quarter in the USA. A full bottle costs 70 USD.

1942 Costco is one of the iconic drinks by the given brand. That’s right! Why is Costco’s flavor iconic? Well! One of the main reasons is that Costco is stored for almost 2 and a half years in barrel to gain the strongest mouthfeel of all. It is handcrafted don julio that celebrated its 60th anniversary this year. That’s right! This flavor of the given brand has been cherished for 60 years for worthwhile price affordability. It costs between $70 and $100 depending on the size of the bottle.

Apart from this, its packaging bottle is unique and classy. That’s right!  Its alcohol content percentage is only 40% akin to other flavors of Don Julio, yet, it has something about its flavor that no other version of tequila has.

If you are planning to move from the light mouthfeel complementary Don julio to real-time extra-strong flavored branded drink, get your hands on Real Extra Anejo. Without a doubt, real extra Anejo has a strong mouthfeel and it may cross your budget times. However, its barrel-aged for 5 years makes the experience of the consumer worthwhile.

This ultimate tequila gives goosebumps. With every sip, you can wrap your taste buds around 100% agaves from the highlands of Los Altos. One bottle of Real Extra Anejo Tequila costs between $250 to $500 in the USA.

Note: One of the ingredients that make Don julio all flavors real-time enjoyable is 100% weber agave. This cultivated agave tequilana is mainly produced in Mexico for the production of this record-breaking tequila. In other words, you can assume that it is the base ingredient for making the first-class Don julio liquor from Mexico. Don Julio 1942 price range is $35 to $500.

It is considered as one of the lightest introduced tequila with a world-class mouthfeel for liquor. Yet, readers would be surprised to acknowledge that Don Julio 1942 alcohol percentage is only 40%. It is a low-level alcohol content limit for a branded liquor equivalent to Don Julio.

For the first-time consumers of this liquor, it is recommendable to drink no more than one shot of Don Julio per hour. It is noteworthy to mention that one should not skip to the strongest version of drink akin to Anejo 70 or real extra Anejo. One must often start to taste 1942 Costco because its taste is light.

How Many Don Julio Calories Per Bottle?

Don Julio tequila contains 96 calories per shot. One shot of this tequila is equivalent to 1.5 fluid ounces. For those who explore different flavors of this wonder drink every week, congratulations because you need not depend on calories limit for choosing your drink. All the flavors of this spirit contain an equal level of calories, i.e.., 96 calories. Along with this, it contains no carbs that remains one of the major benefits for the drinkers.

What are some amazing facts about Don Julio?

In the world of alcohol, the packaging matters the most. Yes! But of course, if we check out the most famous tequilas all over the world, they have a common designer bottle packaging. But, Don Julio stands out. It is because La Primavera distillery had intentionally given their branded drink packaging that was off-trend. From the bottle shaped like a genie lamp to Eiffel tower, there’s a lot that the packaging of Don Julio says. That’s right, may you find an off-trend designer bottle of this spirit weird at first but later, you would realize how classic it looks.

Any liqueur that matches the spirit level of Jack Daniels is taken as a compliment. Yes! Such a liqueur is Don julio tequila. As per the worldwide consumers and fan base of Don Julio 1942, it has a similar filtering procedure as Jack Daniels or a crystal Pepsi.

That’s right! Jack daniels filtration is proceeded for over 18 months similar to that of claro Anejo. Apart from this, it has given a caramel coloring at first and later, it is treated with a charcoal-barrel solution to give it a light color or in other words, removal of any extra caramel coloring.

La primavera is the first-ever tequila distillery that has managed to push its categories of branded tequilas in the name of Don Julio and survived. In 1942, a teenager named Don Julio Gonzalez Frausto Entrado discovered a spirit and later, he opened his distillery on borrowed money.

Luckily for this teenage, the tequila rocked in the market back in the 1900s and later, the distillery started to introduce new, more strong and crispier flavors of this drink. Today, from Costco to extra real tequila Anejo, this tequila brand is still rocking in the market. The tequila is sold at an international level.

When it comes to the given combination, tequila is always less and barrel-age is more. Yet, the power of this branded tequila is beyond the big applause. It is because Anejos by Don Julio is more tequila and less barrel. Yes! If you go comparing barreled whiskey, you would appreciate the difference between such whiskeys and Anejos.

They are crispier and it takes an experienced alcohol consumer to mark such differences. Let’s not forget, La primavera distillery preferred to take a risky path, yet, they stand out in the market. Hence, the given brand without a doubt takes pride in its series of Anejos which are less barreled yet doing better than any other branded spirit in the market.

Do you know what Don Julio tastes like? Well! In short, it is sweet with a touch of barrel aroma and agave that makes the spirit unique. It contains the original taste of 100% blue weber agave that is only found in Mexico. Next time you walk into a bar and order a shot, remember to choose the flavor that attracts you a lot.

As mentioned earlier, there are many akin to Costco, reposado, Anejo, Extra Anejo, and 70 Anejo. It is recommendable to follow-up on the Don julio price range as it may cost between $35 to $500. Expensive, yet, the drinking experience that it delivers is incomparable.