Have you heard people telling you tales of your actions on a drunken night? Did you feel like they were talking about someone else? Did it sound like a totally alien story to you?

Well, if you have ever been in such a situation, you must be curious about the science behind the working of alcohol on the human brain.

Now, put an end to all your wondering of what parts of the brain are impaired by alcohol and how these parts play an important role in your memory loss and fading.

Because we are going to break it all on you!

How Does Alcohol Impair Your Memory?

When alcohol runs into your body, you instantly feel some cognitive impairment between your brain and body like staggering, blurry vision, slow response, blackout, and more similar reactions.

This is all happening because of the ability of alcohol to act on your central nervous system and brain as a depressant. 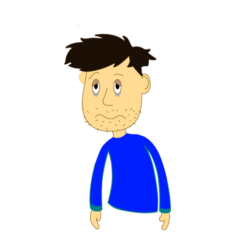 The depressant impacts the communication between neurons and neurotransmitter, which are responsive for all the major functions of the body like speech, movement, thought processing, and more.

Alcohol turns the hormonal and biological system topsy-turvy by acting on our hormones:-

Dopamine: Dopamine is the chemical which mediates reward-seeking behavior and pleasure in the body. Alcohol increases the release of dopamine in the body and makes the person feel better and happier.

Gama-amino butyric acid: GABA is a neurotransmitter which sends the chemicals to reduce the activity of nerve cells and neurons, which ultimately calming the functions of the body leading to slow response and feeling of drowsiness.

Glutamate: it is a powerful excitatory neurotransmitter which is responsible for high activities in the brain and plays an important role in memory and learning.

Alike these chemicals alcohol also induces and suppresses the activity of several other chemicals leading to impairment and confusion between brain and body functions.

This is the reason; people often feel happy and depressed, active, and drowsy all at the same time.

Which Parts of The Brain Get Affected By Consuming Liquor?

Alcohol impacts numerous parts of the brain, some of which include:

Cerebral cortex: Most of the information in the brain is processed in the four lobes of the cerebral cortex. The region is associated with thinking, analyzing, producing a response, understanding actions, and language.

Limbic system: This is the interaction area which controls emotions, learning, motivation, and memory.

Including these the Cerebellum and other brain tissues are also affected by alcohol.

Why you forget things after having alcohol?

Research has found that consuming alcohol is not the only reason behind the blackouts. Consuming a high volume of alcohol in a short period is the reason that leads to memory loss in certain people.

Additionally, not every human body responds the same way to alcohol, this is why some people are resistant to alcohol, and some are not.

Is there a solution to alcohol blackout?

People who have experienced alcohol blackout in the past are more likely to suffer the same in the future. Thus, taking precautions and drinking in limit is mandatory.

Drinking less amount of alcohol and putting long gaps in between your drinks can reduce the chances of a complete blackout.

Drink wisely; enjoy your drinks – do not blackout!

How Long Does Alcohol Stay In Your Urine?

How Many Cups In A Gallon To Make A Perfect Healthy Drink?

How Many OZ In A Pint? What Are The Risks And Benefits?