Pale ale beer is the quite well-known name to all the hop headed and beer lovers. If you have ever tried the IPA beer from the pale ale category, you know they are both strong and bitter.

Indian pale ale is not the taste of every drinker. Some say they are too good and strong and some say they are quite bitter to be a beer. Well, whatever the arguments say the IPA beer has covered a long distance and they are here to stay.

Not many people know some deep truths about Indian pale ale and its taste. Few are just following a myth and believing it blindly without digging deeper.

Well, you don’t have to wonder any more thinking about what is IPA beer? How it is different from other pale ale styles and what’s the mystery behind its origin. Because here we have made some effort to take off the curtain and shed some light on the journey on IPA beer.

To begin with, let us explain what IPA beer stands for:

IPA is an acronym for India pale ale. It is a hoppy style of beer within the category pale ale. Though the word India in the IPA beer is noticeable enough to miss guide people and think the beer originated in India but the truth is the beer belongs to western civilization. However, the IPA beer does have a significant link with India. 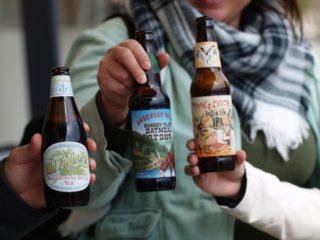 Though IPA beer birth has always been a matter of debate, yet there are two arguments to which most people agree to believe in

The first story goes with the efforts of British people to colonize the world and their desire to have their lovely beverage to drink on their tables even in the foreign land.

Initially in the 18th century when India was under the British community, it lacked the appropriate conditions and types of equipment to brew beer. The hot weather and less access to refrigerators and other fermentation controlling tools in India made it quite clear to the British that they could not ferment beer in India.

For an alternative, the civilization has tried to export English beer like dark ale, porters and other styles to India from their homeland and nearby breweries.

Unfortunately, the hot weather conditions also interrupted this plan as most of the exported beers would either go bad and would change in flavor or get infected even before it reaches the destination.

Not just the high temperature but lack of preservatives in traditional beer styles also contributed to the failure of export.

Luckily, George Hodgson the owner of East London’s Bow brewery came up with an incredible idea to increase the amount of the preservative agent hop in the beer along with a little raise in alcoholic content. This is how George Hodgson introduced IPA beer which was quite bitter in taste and highly alcoholic to India and the world. The IPA beer was pretty capable of making long ocean trips.

Soon on following the path of George Hodgson several other breweries started to create versions of IPA beer boost and beer market in India.

On the contrary, the other statement disobeys this myth. As per this, numerous styles of beer were exported to India including stouts, porters, Pale Ale and more in early 1711.

However, Pale Ales were the style that interested the Indian civilization the most. Over the period pale ale beer was bound for the Indian market and was exported heavily to the nation. The exported beer gradually gained the name IPA.

In spite of the contradiction of its origin and name, the IPA beer managed to earn die-hard fans throughout the world.

This is the reason that a completely new category of IPA beer exists in today’s world.

What is the difference between Pale Beer and IPA Beer? 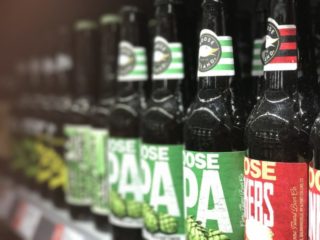 Pale ale is a top-fermented beer prepared with a high proportion of pale malts. The category was first introduced in around 1703 for beers that are made from malt and dried with carbon coke that give it a lighter color texture.

Different brewery practices have introduced a list of styles to the category, and the Indian pale Ale is one of them.

Today, there are three main styles of IAP Beers:

American style IPA: This is one of the most popular styles of IPA’s. The style has more American hops characteristics. It offers piney, citrus, and bitter flavor. Some of the traditionally used hops in American style IPA are Simcoe, Amarillo, Tomahawk, Warrior, Citra, Chinook, nugget, cascade, Centennial and more.

English style IPA: The style of English IPA is quite different from American IPA’s.  It has a more earthy and woody character along with a hint of spices. THE ENGLISH IPA Beer has a lesser amount of hops and has more malt content. Some of the traditional hops used in this style of IPA are Fuggle, Goldings, and challenger.

Australian IPA’s: This style of IPA’s beer is highly influenced by the American IPA style. However, they do have a hit of local hops like Galaxy to give it a personalized and more professional touch.

Imperial IPA: Imperial IPA is also called double IPA’s and as the name suggests this style of IPA is the amplified punch of regular IPA beer with a higher amount of malt and hops. The ABV of this style can range from 7 to 10 %. Other subcategories of IPA beer are quad IPA’s

Session IPA: These are the milder form of IPA’s and usually have ABV content less the 4%.

Several breweries have experimented with the classical taste of IPA beer and have given a twist to its taste and composition.

The other sub-style of IPA beer is a black hybrid, Belgian white IPA, wheat and more.

ABVs: The alcohol content of IPA beers varies from brand to brand. The average ABV range from 4.5% to 12.1%

We must suggest visiting the nearest brewery of locality and trying the IPA of your region.

Top 10 Canadian Beers Of All Time