For the America beer lovers, Sierra Nevada Pale Ale is something that they would be surely aware of. The beer could even be the favorite for most of people. For those who don’t have a proper idea about this beer, they should know that this is a delightful interpretation of beer, bringing the best for the people in classic style.

What catches the eyes about Sierra Nevada Pale Ale is its deep amber color and it’s being exceptionally full-bodied with its amazingly complex character. Generous quantities of premium Cascade hops provide Pale Ale its fragrant bouquet and some amazing spicy flavors.

How many calories are there in Sierra Nevada Pale Ale?

If you count yourself to be a responsible drinker and a fitness freak then definitely calories present in a drink bothers you a lot. More calories would clearly end you up with an increase in weight and that’s something you would never wish to happen. Thus, it is important to make note of how many calories you are taking. Those who drink this should be aware of the fact that Sierra Nevada Pale Ale calories are known to be 175 calories in a 1 bottle serving. 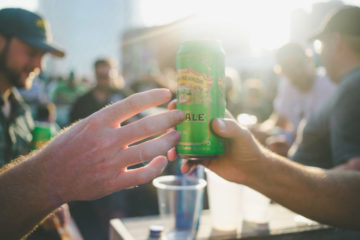 Knowing this calorie count, even if you drink 1 or 2 bottles occasionally, that won’t create much difference in your weight. But if it is some count going on regularly, all those calories you are taking will soon begin to be visible as your weight gain. Knowing about calories in Sierra Nevada Pale Ale matters a lot. So, we can say that even the healthiest of beer when drank in excess would lead to weight gain.

The reason that this beer is becoming a popular choice of beer lovers is that Sierra Nevada Pale Ale alcohol content is quite less than various other alcoholic drinks, which is 5.6%, and it does not end up making you get a lot drunk when you just drink a pint. Being a responsible drinker is not a big deal now as all you have to do is just to have track of the alcohol you are taking and stop when you feel like it’s going over the limit as it could affect your health very badly.

When it comes to alcoholic drinks like Sierra Nevada Pale Ale, the concept of IBU comes up. The people who are aren’t aware of this standard; it is elaborated as International Bitterness Units. For a light beer, the IBU will be less, that would be around 5-10 IBU’s, but in the case of more bitter beer, the IBU can reach 50 or above. 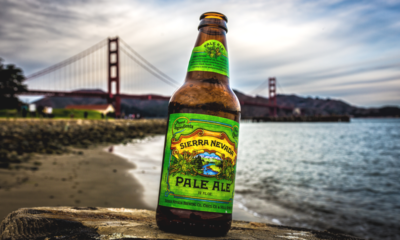 Talking about Sierra Nevada Pale Ale IBU, it is found to be 38, which states that the beer doesn’t fall under the category of highly heavy bears and is even less bitter than most of the other beer brands. Knowing about the IBU would definitely make it easier for you to buy a beer that will be pleasant to your taste buds.

A unique variety of beer is the Sierra Nevada Pale Ale clone which is renowned to be one of the most iconic pale ales known in the country. With the bittering hop additions of Magnum and Perle, the beer gets a clean bitterness that is capable of balancing the sweetness. The best part of the drink is its aroma which has a citrus touch with the floral aroma which one can feel in the forests. Talking about its ABV, the alcohol content in this beer is 5.6% with an IBU of 37.

The fans of Sierra Nevada Sidecar Orange Pale Ale would definitely be excited to read more about it. Anyone who loves hops with a bright and citrus-heavy character would definitely love and enjoy the flavors of the beer. This amazing Pale Ale is brewed with Cascade, Equinox, and Mandarina hop, along with a hint of orange peel, which is the main ingredient responsible for its flavors. This classic option of Sierra Nevada Orange Pale Ale is very much loved by the people and preferably it would go on the same way because of its amazing zesty orange flavor.

The beer lovers should now know that Sierra Nevada Pale Ale is very much counted among the healthy beers but it is important to focus that this statement will only be justified with the appropriate amount of consumption. Definitely, if you begin drinking it daily, that too in very much quantity, it will severely bring a bad impact on your health and will even cause an increase in your body weight. Enjoy the flavors of this amazing variety of beer but make sure you have to drink it in a responsible manner, to avoid any health issue.

Is IBC Root Beer As Good As Known?