Today, here we are going to review the Belgian styled, white ale beer. Samuel Adams is supplying a variety of seasonal packed beers. The cold snap is one of the best signatures among the other spring seasonal collections from Sam Adams.

The BBC (Boston Beer Company) was founded by James Jim Koch and Ronda Kallman in 1984. To honor an American revolutionist (Samuel Adams), they picked up their first brand name as Sam Adams. Samuel Adams is shortly known as “Sam Adams” and it is the leading brand of the Boston Beer Company.

Apart from year-round offers, Samuel Adams also offers for each season. Winter beers are Cold Snap and Witbier. These spring beers are Escape Route, Kölsch and are sold out from January to March.

Summer offers are available from April to August and include Summer Ale, and terrace rockers and Radler. Autumn beer is available from August to October. Winter beer / Christmas season from November to December and includes winter camp, Bock; and Christmas white, seasoned beer. Samuel Adams also offers seasonal packages that include a combination of year-round and seasonal offers.

If you are a newcomer to the brewer world, you may ask what Witbier is. Wheat beer is one form of beer. As per Belgian tradition, they named the wheat beer as “Witbier” which is in golden in color and in the alcohol range from 4.5-5%. This unfiltered beer is flavorful wheat beer and produces many aromas like bitter orange peel from Curacao, coriander and other spices. This style comes from Belgium and has experienced a resurgence in the past few decades. Now it is widely used in the US as a summer drink.

Here we have listed some common misconceptions among the beer lovers. We suggest you not to consider these myths.

This is how the beer tastes

Beers contain these three main ingredients, such as yeast, barley, and hops. Now you may ask how each ingredient tastes.

Yeast – Fruit flavor, Spicy, Funky, and Neutral during fermentation.
Hops – Flowers that are closely related to weeds and soaked in beer to produce an orange, tropical, herbal, pine, moist, soil and floral aroma. It is adding hops before fermentation causes bitterness.
Barley –Brewers use barley to make sugar, which turns into alcohol during fermentation. Barley also contributes to coarse flavors such as water crackers, bread, toast, caramel, dark fruit, chocolate, coffee, and more. Malt is the name given to wheat, which is prepared specifically for use in breweries. 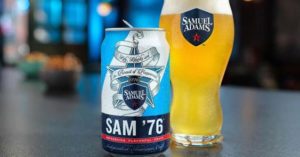 Ok, now the question arises that what is ABV?

ABV STD is used throughout the world. The term ABV indicates Alcohol by volume. The percentage of alcohol volume is the amount of ethanol present in 100 ml of drink. The majority of beers from all over the world have 4 to 6% alcohol content. Many beers can contain up to 7 or 8 percent.

Do you know how do the brewers measure alcohol in beer? To determine the amount of alcohol in the beer they produce, brewers compare the specific gravity of beer before fermentation with its specific weight when fermentation is complete.
Here the Sam Adams cold snap beer contains 5.3 percent.
That’s enough for us.

To represent the color of the beer we can use some numerical values to represent the range. The higher value of the SRM indicates the darkness of the beer. SRM represents absorption of certain light wavelengths. It offers an analytical method that allows brewers to measure the color of beer. The SRM concept was originally published by the American Society of Brewing Chemists. Here Cold Snap scores the value 6 to indicate the gold color.

CO2 volume is usually in the range of 1 to 3 + Vol. / Vol. (The volume of dissolved gas per volume of liquid), with 2.2 to 2.7 vol. / Vol. is the most common on the US market. Carbonation of beer occurs through carbon dioxide, a natural by-product produced from the fermentation of yeast and various microorganisms. The carbonation level is expressed in the “volume” of CO2 and volume of CO2 gas at standard temperature and pressure compared to the volume of beer dissolved. Therefore, a keg beer with 2.5 volumes of CO2 contains enough gas to fill 2.5 kgs of CO2.
Apparent Attenuation (AA):

A simple measure of the level of fermentation must have suffered on the way to beer. The results are expressed as a percentage and between 65% and 80% for most beers. Or simply: More than 80% is very high attenuation with a little residual sugar. Less than 60% is low attenuation with the remaining sugar.

When you drink a new beer, there are so many factors that you need to consider. The main criteria are bitterness, drink taste and intensity, alcohol content and color. The standards for these properties allow for a more objective and consistent determination of overall beer quality. What is IBU? IBU is a short term for the International Unit of Bitterness Scale, the bitterness of the beer.

What is the IBUs measure which is part of beer per million isohumulones?

Isohumulones are acids found in hops which make bitter beer. Although the IBU scale can be used as a general guideline for taste, with lower IBU means less bitter taste and vice versa, it should be noted that malt and other flavors can mask the bitter taste in beer. IBU scale is more accurate for measuring bitterness than any method based on hop level.

Yes, Generally Beer does not contain any expiration like milk, but the flavors will gradually decrease to flat. The cold snap will become tasteless if they are exposed to the direct sun rays, oxygen and heat. So it’s better to keep the Cold Snap in the cooling space like a fridge or freezer. Also, we need to give some importance on cross-checking of the “best buy” or “enjoy by” date. If you want to provide the best experience to taste, try a Cold snap (Sam Adams Cold Snap) which is not older than three months.

Taste: This rich and delicate wheat has the warmth of Christmas spices with cinnamon bark, ginger, and fresh orange peel. Season’s taste and fragrance invade every gulp of this rich and savory drink. With spices that warm and deep persecution, it is the perfect antidote for winter.

Overall: Finally. This is Good one, combined with malty, sweetness and little bit of spicy taste. If you love wheat beers from Belgian white style, just try out this weekend.