If you are a beer lover you must be well familiar with the name – “Not your father’s root beer”. And if you haven’t heard about this amazing brand you might be living under the rock till now.

Well, here we would like to take you on a tour of the history of ‘Root Beer’ and how ‘Not Your Father’s Root Beer’ came to existence but shook the whole brewing industry with its amazing balance taste and alcohol power.

Today, Root Beer comes in various forms of alcoholic and non-alcoholic; carbonated and non-carbonated drinks. It also comes as a sweet soda and beer that can be enjoyed by both hard drink lovers and others.

You might be wondering if it is non-alcoholic why it is referred to as a Beer. And if it is not a beer then what the word root is doing there. Well, the answer hides in the history of root beer.

Root beer is a traditional sweet soft drink of North America that is believed to be accidentally created by a pharmacist back in the late 19th century. While experimenting with the different ingredients of beer recipes in an attempt to create all curable syrup, he eventually ended up making today’s one of the most loved beers “the root beer”. 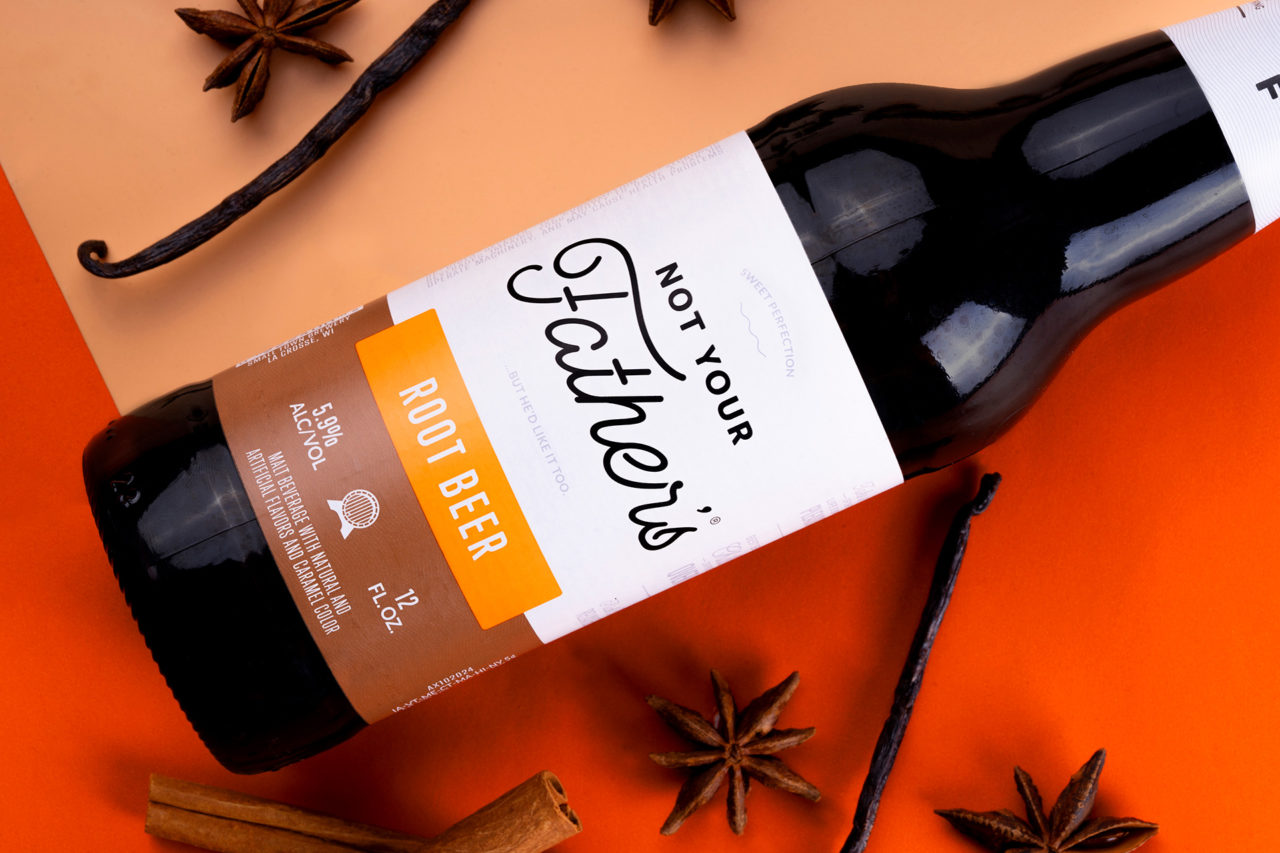 Along with numerous nonstandard ingredients the root beer took its name from the main ingredient of the recipe- the sassafras root.

The Root Beer was cherished people as a healthy beverage with the slogan “join health and cheer, drink Hires root beer!” till 1960.

Unfortunately, this year the United States Food and drug administration declare a ban on the sassafras root as research found that the root contained ‘Safrole’ which is a carcinogen.

There is no defined way of preparing root beer; though, one of the traditional recipes of making root beer is as follows:

How ‘Not Your Father’s Root Beer’ – the brand come to existence?

After the unexpected fall of root beer due to the ban by the government, it began to sell in the market with the flavor sassafras and safrole-free sassafras extract.

Some of today’s most famous brands selling root beer as sweet syrup and soda that can be consumed by child, adult, and people of any age are:

All these sweet sprinkle sodas can be served with floating different flavored ice creams on it. In North America, root beer is the taste of every person’s childhood. However, the drink lost its charm somewhere back in history.

Because of so much flexibility about its composition and recipe, several people also tried their hand in crafting hard root beer with noticeable alcohol content in it.

Though, the hard root beer fails to take its place in the brewing industry till 2012.

Later in 2012, ‘Not Your Father’s Root Beer’ was introduced by A Small-town brewery which was founded by John Dopal and Tim Kovac, only three years back before the first release of hard root beer.

Initially, the beer was sold in the local areas with 19.5% ABV. Later in 2014, the company reconsider the ABV content in the root beer and started selling 12-ounce bottles with 5.9 ABV.

Soon in March 2015 the company joined hands with Pabst brewing company and began to sell out the beer nationally under the slogan “ale the taste of spices”.

In a very short span, the Not Your Father’s Root Beer brought a boom to the alcoholic brewing industry. The brand collected 7.2 million dollar sales in the first half of 2015 and registered its name in the 30 top-selling craft beers. The huge success of the brand made the alcohol beverage industry to add a new category of beverages in its list named as hard soda or flavored beer.

The hard root beer is now sold in various flavors with the combination of several spices botanicals, herbs and available in a range of ABV level.

We’ll have a lot talk about the popularity of not your father’s root beer; for now let us have a detailed description of its taste:

Not Your Father’s Root Beer

Taste: Sweet. The rich taste of caramel and vanilla along with hints of wintergreen sarsaparilla, anise, and cloves.

While in the mouth, the beverage can give you the feel of medium carbonation just like any other soda drink along with the warmth of alcohol.

The overall taste of the drink is quite enchanting without giving you the bitterness of alcohol, yet has all the potential to get you high.

Though the beer doesn’t taste like any other grain beer it does contain barley malt thus, it should not be mistaken to be gluten-free.

Some of the other products sold by the brand are:

Gulp down all the tasty information and get your hands on your favourite ‘NOT YOUR FATHER’S ROOT BEER’ now!

Know Everything About The Beer Yuengling Abv And Calories

From History To Brewing: Know All About The Bundaberg Ginger Beer