Here we are with the perfect answer and tips for you. Let’s begin by knowing a little about the drink, followed by its ingredients and preparation tips.

Lynchburg Lemonade is a cocktail drink that is prepared using unique ingredients like Jack Daniel’s Tennessee Whiskey. The drink was named after Lynchburg, Tennessee, which is the home of the distillery of Jack Daniel.

The drink is prepared by mixing the required volume of Jack Daniel, Triple Sec, Sour Mix, and Lemon-Lime Soda. The final drink garnished with lemon and cherry makes the drink tastier and mouth-watering.

A Little Controversy Behind the Birth of Lynchburg Lemonade

The drink was created in 1980 and named by Alabama restaurant and Tony Mason, a lounge owner.

According to the known history, the drink is associated with little controversy in 1987 when Mason vs. Jack Daniel Distillery filed the court case. 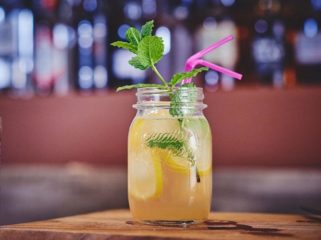 In the case, Mason stated that one of the sales executives from Jack Daniel’s distillery, when he visited his restaurant, copied the recipe for the drink that was kept under trade secret. For this, Mason filed a case where he seeks the compensation money of US $13 million. But the presiding judge offered to pay $1 to Mason. Even after appealing the decision at Alabama Civil Appellate Court, the new trial resulted in the victory of Jack Daniel Distillery.

With its birth location in Lynchburg, the drink is available in the 330 ml can with the little effect of lemon yellow.

The drink is the best choice for the one who is looking for something fresh, fruit-flavored drink.

The drink gained popularity soon due to the ready-to-drink format of Jack Daniels.

Making a Drink in a Pitcher

Although you can use many different types of Whiskey other than Jack Daniel’s to prepare the cocktail but to prepare the pure Lynchburg Lemonade, it is best to pick the one that goes best for it. 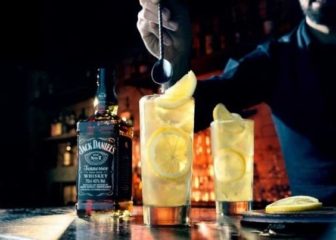 It makes the drink smoky and sparkling with the sweet taste.

To get the semi-sweet taste of the drink, you can opt for a full-flavored Bourbons like Wild Turkey or Knob Creek.

Although this is the most common drink, it is always good to pick the right brand to prepare the cocktail — one of the known brand Cointreau or Marie Brizard.

Avoid using cheap and low-grade Triple Sec drinks that are easily available in the bar. They are too sweet and have unnaturally flavored that ruins the overall taste of the final drink prepared from it.

To make the best Lynchburg Lemonade, it is always recommended to pick the fresh lemon juice. You can also use the homemade sour mix to create the perfect drink for the hot summer afternoon.

Lemon-lime soda includes Sprite, 7Up, and Sierra Mist. You can also choose the best like Try Q Drinks Lemon or Fever-Tree’s Bitter Lemon that is the perfect contrast for the sweet and sour drink.

Lynchburg Lemonade drink named after the place Lynchburg is one of the popular mixed drinks. The drink has a somewhat complicated recipe and is not all about mixing whiskey and lemonade.

Before preparing a Lynchburg Lemonade Cocktail, it is always recommended to squeeze all the juice from the lemon and strain it to remove seeds and pulp.

Follow the right way to get the refreshing, semi-sweet, semi-tart, and appetizing drink at the end.

Here are the steps to follow to prepare the drink:

Step 1: Take a pitcher and fill it with ice

Step 2: Add ingredients in the mentioned amount and stir the mixture well.

Step3: If you want to prepare the drink in advance, then it is always better to add lemon-lime soda at the time of the serve.

Some Variations in the Drink

If you want to make the drink more appetizing, then you can transform it by adding some tasty punch.

Want to Know How Strong is Lynchburg Lemonade?

Although the drink is prepared using different drinks like Jack Daniel’s Whiskey and Triple Sec, the overall drink is mild with 8% ABV. This strength is somewhat the same as the glass of wine.

The drink becomes strong when the people get to add too much whiskey into the mixture. Maintain the whole drink under control by choosing the standard 1.5-ounce shot and balancing it with the right flavor that can prevent you from the hangover as well.

So, enlist the Lynchburg Lemonade drink among the cool drinks for the next summer season and refresh your mood.

Scooby Snack Shot – All You Want To Know!