Alcohol is one of the factors that over 60% of the human population take pleasure of intoxication. As per the worldwide alcohol-impairment statistics, millions of people go through alcoholism. However, among the alcohol consumers, the question “is alcoholism a disease?” remains constant.

A person consumes alcohol based on the capability of the body. But, in some situations, alcohol consumers because naturally dependent on alcohol for keeping the life going on. It is called Alcoholism. Psychological based studies have mentioned alcoholism as a chronic brain disease or addiction towards alcohol consumption.

Many people who are suffering from alcoholism ask their psychiatrist, why is alcoholism considered a chronic disease? If you are one such reader to learn whether “is alcoholism a disease or a choice?” you are on the right platform.

Why Alcoholism Is Considered A Chronic Disease? 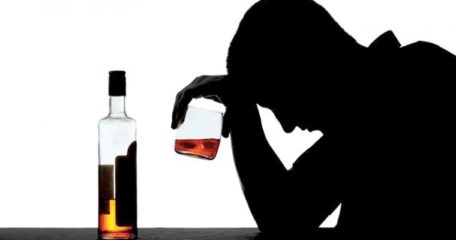 Alcoholism is a consequence similar to drug substance abuse. Too much consumption of alcohol causes the person to become dependent on it forever. It is an addiction. The addiction to alcohol is called alcoholism. As per American researches, any kind of addiction is a chronic disease because it affects the ability of the brain to function normally for the time being it is in your system.

Since Alcoholism is an addiction, it surely is a chronic disease.

Must Read: How Long Does Alcohol Stay In Your System

How Does Alcohol Become An Addiction?

Alcoholism in medical terms defined as alcohol use disorder. People with alcoholism do not feel bothered by the negative or unhealthy impacts of alcohol on the body. More often, alcoholism damages the patients’ social, physical, mental, emotional, spiritual and financial way of life.

When it comes to addiction, it can be of any kind. For instance, if you or your close one have a history of drug abuse, in such condition, there are chances that you or your close one may get alcoholism. Why? Both drugs and alcohol allow the body to take pleasure in the ecstasy of high (intoxication) that this content gives.

Once you have tasted alcohol and experience a pleasurable kind of high, your craving for drugs may come back. In many situations like this, the person becomes addicted to alcohol.

History of alcoholism in the family

Do you know? Chronic diseases are easily spread through the connection of genes. If your parents or any of your family members have a history of alcoholism, there is an 80-90% of potential that you may get addicted to alcohol once allowing it into the daily routine.

Neurological disorders such as depression, anxiety, and mental illnesses are commonly caused due to the genetic connection. It is noteworthy to mention that likewise the given chronic disease, alcoholism also does skip generations.

Social anxiety is a very common cause of alcoholism. It is a well-known fact that alcohol reduces the stress level and the person becomes more comfortable in the context of the surrounding. For some people, to interact in public or with strangers is quite complex.

It is a neurological disorder. However, people with social anxiety try to cut down the uncomforting social awkwardness by the means of alcohol abuse. How?

By drinking alcohol, a person feels relaxed. He or she may lose control of their emotions and actions. In a situation of less brain function and awareness of surrounding, alcohol consumers feel open to the people around them. This allows them to interact freely in public, with friends, groups, and among family members.

However, to overcome one neurological disorder, the person grows the other—addiction to alcohol. Once alcoholism has taken over your mind and body, you find yourself more uncomfortable in public without alcohol than before. It is an on-going pattern.

A traumatic childhood is the one where a person as a child had gone through emotional abuse, physical abuse, sexual abuse, or neglect. As a child, the brain works faster and still in the developing form.

In such a situation, any kinds of traumas put a deep impact on the neurological health of the child. Alcoholism is not a disease because sometimes it becomes a way to forget or overcome the fear of trauma happened in childhood.

Among these people, depression, anxiety, anger, and behavioral issues are very common. The deep feeling of neglect or anger or fear related to the trauma come out impulsively and freely after drinking alcohol. This is because via drinking alcohol, one loses control of mindfulness and body.

If you have gone through an abusive childhood and you are suffering from alcoholism, there is a good chance that you are making the childhood of your kids more traumatic.

How is alcoholism a disease and not a choice?

People around you may blame only you for your alcoholism as you drink beyond the limit by your choice. Yes! The society does not consider your traumatic childhood, abusive past, depression, anxiety, social fear or any other behavioral issues.

But, it is noteworthy to mention that alcohol put a greater impact on the brain and allows it to function in an abnormal way for the short-run. The disease is when the person is unwilling to perform normally due to physical failure.

Similarly, in the context of alcoholism, one loses its brain capacity to function normally and causes one to drink continuously like there’s no tomorrow.

Hence, alcoholism is a disease and not a choice!

What are the common symptoms of alcoholism?

Let’s see how to define whether someone suffers from alcoholism or not. Following are the common symptoms of alcoholism—

How to overcome or cure alcoholism or alcohol abuse?

Detoxification is a short-run process that allows the removal of alcohol from your system. Alcohol detoxification can take a few days or weeks depending upon how much alcohol have you consumed since the last Detox.

In this, withdrawal symptoms like sweating, body shaking, no appetite, uncomforting mind and body, anxiety, seizures, insomnia, headache, and vomiting are common. You may need to go to the doctor to take medicine to handle the withdrawal symptoms of alcohol.

Addiction is complex to overcome as sometimes triggering may cause to fall back into the same pit, but, this time deeper. Hence, it is important to talk to someone professional.

If you are recovering from alcohol, you may see a psychiatrist and seek their support. With the help of the therapist, you will get to learn how to handle time-to-time triggers for alcohol, how to keep behavior normal and set new objectives in life.

It is a new and modern way to overcome alcoholism. Alcoholism is a disease, and it is difficult to stay sober and thus, some kind of regular motivation is important. AA meetings are meetings where patients of alcohol abuse gather around and share their life experiences without and with alcohol.

It helps them to compare what life was with alcohol and what it is now! For motivation, in AA meetings chips are given to patients to keep a count on how many days, months and years they have managed to remain sober.

“Drinking Alcohol can be an amazing experience, however, beyond a limit consumption of alcohol may damage you and the lives of people around you. Hence, stay strong and say no to Alcohol!”

If A Male And A Female Who Weigh The Same Consume The Same Amount Of Alcohol:

Which Of The Following Is True About Energy Drinks And Mixers: