Are There Carbs In Beer?

Yes! Without a doubt, Carbohydrates in beer are a compulsion. If you consume an alcoholic beverage, there is no chance that you could cut upon the consumption of Carbs by 100%. It makes some people mentally uncomfortable in the context of alcohol consumption. However, holding back the craving for beer because of Carbs in beer is not worth it. Why?

Well! First comes first, beer has become a way of taking pleasure in refreshment hours of life. Beer alcohol content helps you to relax your body and mind. It gives you a break from the world, and experience heavenly drink dripping down your throat. It allows your muscles to open and brain to function better.

Are you not ready to quit beer to avoid beer weight gain? Congratulations! We have the solution. By the end of this blog, you will find yourself in a comfortable state where you can choose to drink beer without allowing your body to get impact by Carbs.

Indeed, now you can control how much carbs in the beer you will consume? Sounds exciting, is not it! Then, let’s move on.

How Many Carbs In A Beer Present? 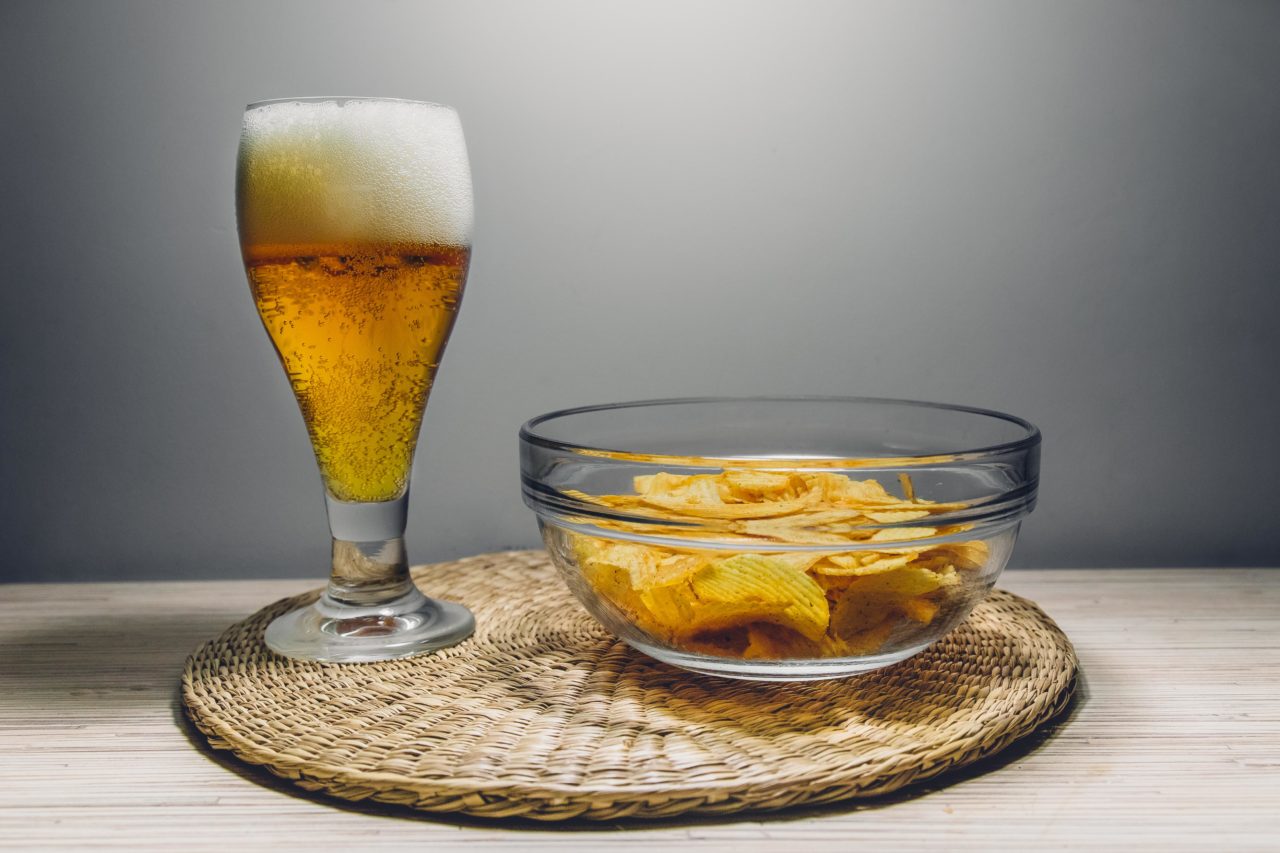 As per the standard alcohol carbs calculator, every 100 grams of beer contains 3.6 grams of carbs. Carbs in beer lead to obesity. It is very common. Alcohol statistics state that every 2 in 5 beer consumers experience obesity which is a big subject of concern.

What to do? In our researches, we have found out that beer carbs can cut down with own efforts. Whether you are consuming light beer or craft beer, 1.6 gram of carbs is still consumable. So, how to eliminate this? The following are the five tricks by which you can consume fewer carbs in beer.

How to cut down on carbs in beer?

Look out for sugar factor

How many carbs in a bottle of beer? Answer to this, it depends on how much sources of sugar or actual sugar have been utilized in the making of beer.

Beers like fruit beers contain tropical fruits that are sweet in flavor. These fruits add up to 1-2 grams of carbs in beer. Apart from this, regular beer contains grain or barley malts which are rich sources of sugar in beer.

What to do? While purchasing beer, look at the label at the back of the bottle of the beer. It writes down what ingredients are added during the making of beer. If you see more than 2 main sources of sugar, do not make a purchase.

On the other hand, if you have favoritism for a particular beer with more than two sources of sugar, cut down on the quantity you drink. For example, if you take 3 pints per 2 days, cut down to 2 pints per 3 days. You will see the impact soon.

Say no to bread

Do you know? Some alcohol consumers prefer bread-major snacks with beer akin to bread pockets, toast or simple buttered multigrain bread. Yes! You will say multigrain pieces of bread are healthy. However, beer combined with multigrain bread consumption is quite inappreciable.

This is because multigrain pieces of bread contain carbs. Already there are carbs in beer and consuming it with bread can cause the body to add a little fat in body day-by-day. Before you know, you are obese.

When it comes to beer, the “choosy” trait is not there because consumers more often concentrate on the appealing taste of beer. In this case, you as a consumer may be compromising on your body figure.

Choose to take salad as the side snack for beer. They provide you with nutritional qualities. Indeed, it is recommendable to avoid chips and dips, nachos, pieces of bread, and grainy snacks with beer. As per the carbs in beer list, one bottle of light beer can contain over 3 grams of carbs.

With a heavy snack, you can double up the carbs consumption. Alongside, peanuts, cheese, and pecans are quite beneficial to avoid beer weight gain. Rest stands on your taste and preferences.

Beer and a raw Egg

You may have heard about the metaphor “Egg in beer.” It stands for asking for more when what you have is already good. However, we are not talking about it here. To utilize the carbs in beer in a healthy way, it is best to combine the beer with a raw egg. It gives an exquisite aftertaste.

As per the carbs calculator, a raw egg contains less than 1.2 grams of carbs. If you combine it with beer, it creates a major benefit for you. For the reader’s information, combining the egg with beer, it eliminates the negative traits of beer and prevents after alcohol sicknesses like hangover and nausea. What would be delightful more than this?

To be honest, here, you can spoil all the efforts of cutting down carbs in beer if you are not keeping a count. A healthy diet does not start with changing quality but also quantity as well. Maybe a raw egg with beer or peanuts with beer are healthy and low-fat combinations but, going beyond the limit can reverse your goal.

Of course! To stop and not going beyond the limit is the major effort required at your end.

How many carbs in craft beer? You got to take a look before you order a craft beer. A beer diet can demand the same strict efforts that any other diet may demand. With a healthy consumption of beer, you can experience good cholesterol, low risk of cardiovascular diseases and low risk of Type-2 diabetes.

Hence, next time you go out in a bar, ask the bartender to show you the best alternative in the context of beer carbs and beer alcohol content.

“Make a smart move before you make yourself a crafty peg of beer.”

What Is IPA Beer? Everything You Need To Know About India Pale Ale