While going through Instagram stories of popular celebrities and influencers to your friends, you must have come across the fans of Hefeweizen beer. That’s right! There’s always that one friend who loves to enjoy a night out in a bar with sweet-exotic sips of Hefeweizen.

Have you ever wondered what kind of beer is a Hefeweizen? Well! If you are looking for a genuine answer, you are browsing on the right platform. At alcohol by volume, we are presenting the German-style wheat beer that has been surviving and profiting in the Alcohol industry for a longer time than you remember. Let’s introduce you to the Hefeweizen beer!

What Is A Hefeweizen?

This absolutely stunning wheat beer was introduced in Bavaria, Germany during the 1400s. Our readers’ will be surprised to acknowledge that the starter success of this exclusively known beer was ‘not-so-successful’ moment. It is because in Germany the alcohol-related laws & orders had disallowed the Hefeweizen from trading. 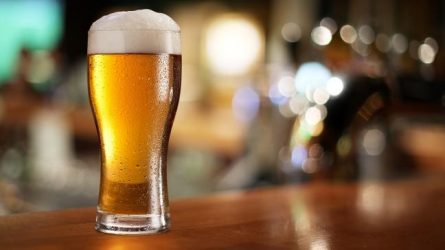 The law in question was called Purity law. As per this regulation of the German government, within the boundaries of the country, only beer made with hops, yeast, water, and barley were allowed for the trade. Yet, the producers and founders of this outstanding wheat spirit fought for their alcohol artistry, .e.., Hefeweizen.

History of The Hefeweizen Beer

In the 1500s, Hefeweizen brands finally achieved lawful status. However, around the 1700s, it started to struggle. It was because of the traditional dark lagers that were entering the market. These lagers outcompete the modern Hefeweizen beer.

Due to the sudden breakdown of the branded drink, the Bavaria brewing company in Germany was taken over by George Schindler. Later, around the late 1800s, the modern Hefeweizen beers started to trend. Since then, the beer has become quite popular and still continuing to sphere the alcohol industry at the international level.

That’s right! From India to America and New York, Hefeweizen is sold in every country around the globe.

Note: Many Hefeweizen beer fanatics have questioned “how hefeweizen and other wheat beers are different?” let’s find it out in the next section.

Is Wheat Beer the same as Hefeweizen?

But, it has some magical variation that leads it to become the best among the four categorized beer of German Weissbier. Bavaria brewing company had introduced four beers called Kristellweizen, Dunkelweizen, Hefeweizen, and Weizenbock.

For those who are looking for “Is Hefeweizen an Ale?” Yes! Unlike the other three sibling lagers, Hefeweizen is an unfiltered ale with a cloudy texture and white-light pouring appearance.

In comparison to other branded Weissbier, this one-light-spirit contains a tiny-higher volume of wheat which gives it a strong mouthfeel and quirky flavor. It holds spicy notes and a fruity finish that gives the consumer a whole new alcohol-tasting experience.

What are the top 5 Hefeweizen beers you must try?

It is noteworthy to mention that today, there are more than 60 Hefeweizen out there. However, there’s no way you can figure out which Hefeweizen brands are truly from Germany.

Indeed, the production of Hefeweizen goes around at multiple locations in multiple countries. But, do not worry! Because we are counting down five most popular and tasteful Hefeweizen beers at this platform. Let the quest begin!

This is A-rated Hefeweizen beer that originally comes from Germany. All over the world, it is also known as the masterpiece Hefeweizen because of its iconic taste. It is mainly produced by using Herkules hops, water, and malt. You can also find this amazing branded wheat beer in various varieties.

These varieties are distinctive based on malting quality. For instance, on a celebratory occasion, you can choose dark malted Paulaner hefeweizen. Yet, you can also go for Munich malt, pilsner, and light malt.

What type of beer is Widmer Hefeweizen? Well! Not to brag but this branded Hefeweizen beer contains the highest quality wheat. It has introduced by the Widmer brothers with a passion to create a daredevil version of Hefe. it is an American-style lager with aromatic qualities of floral products plus citrus finish.

Upon pouring Widmer in a beer glass, you would find it is very intimidating. It appears pale orange that clearly depicts its fruity mouthfeel with foamy texture on the top.

Weihenstephaner hefeweizen is another Hefe lager that you must try. Most people question “what does Weihenstephaner taste like?” before trying it. Well! We can tell you that it has a yeasty mouthfeel that complements its light pale appearance with cloudy foam on the top.

For extravagant glamorization, it contains vanilla and banana. Apart from this, when it comes to spicy notes, the producers have given much importance to cloves that give Weihenstephaner hefeweizen an unbelievable finish.

Weihenstephaner hefeweizen costs $2.22 for 12 oz can. For 20 pack Weihenstephaner Hefe, it costs around $59 in the USA and Germany. In other countries, taxes may apply at higher or lower rates.

Grapefruit Hefe is yet another exclusive lager. It was introduced in 2007. One of the main motives of introducing this flavor of Hefe was to give Hefeweizen a sensual and urban mouthfeel with strong refreshing qualities.

It is known as the premier beer because of its unexpected flavors. That’s right, you can find Schofferhofer Grapefruit Hefeweizen in orange and pomegranate flavor that is very unusual in the alcohol industry. But, not for Hefe!

This Hefe version by the Pyramid brewing company has stunned its alcohol-fanatic audience with the launch of the Hefeweizen lager. Yes! This lager is known for its 1% exquisite caramel touch that has completely reversed the face of Hefeweizen.

It gives you chills with its high-end row pale barley complementation along with nugget and liberty hops. To the readers’ surprise, the Pyramid Hefeweizen creators had been awarded back-to-back from 2000 to 2009 for their innovative version of Hefe.

According to the Pyramid Hefeweizen price list, a 12 oz bottle of this hefe costs 2.99 USD.

What is Hefeweizen beer Alcohol by volume?

More often, the question arises, “what percent alcohol is german beer?” According to research, an average german beer only contains up to 4.7% of alcohol content.

The answer to this question is a big NO! In Germany, Hefe is known as the highest wheatish lager. Because of this volumized use of wheat, the beer broadcasts foam upon pouring.

If you are looking for high-end Hefeweizen beer with less gluten? You have a chance upon finding it. However, hefeweizen beers cannot be completely gluten-free. Some gluten-free lagers that you can try in place of Hefeweizen are:

How many calories in Hefeweizen beer?

1 bottle of Hefeweizen contains around 156 beer calories. It is a high level of calories. It is recommendable to drink 1 glass per hour at a slow pace to avoid the risk of a beer belly.

It is also noteworthy to mention that different Hefeweizen brands may contain different levels of calories: higher or lower. Thus, you must check the label of the bottle to acknowledge the right number of calories that the specific lager contains.

No! Many alcohol consumers confuse Blue moon for an original Hefeweizen beer. But, it is not the right conclusion. Blue moon and hefeweizen both are wheat lager.

However, the blue moon is a Belgium style beer with lemon and orange finish. However, Hefe is a unique German-style beer that has a history of success as compared to a blue moon. In other words, we can say that Hefeweizen is a traditional lager but a blue moon is not!

From grapefruit to Widmer brothers, the Hefeweizen lager has been willing to update its taste and mouthfeel from time to time.

“Get your Hefeweizen beer order right, pronounce it as Hay-fa-Vy-T’sen. Alcohol by volume wishes you good luck!”

All You Need To Know About HOPS!