Whether we talk about Harvey Wallbanger, the Last Word or Sazerac, all the three drinks gain much admiration from the bartenders. But whether you are a bartender or the one who enjoy drinking have you ever wonder why this drink has such name. What’s the history behind them? What make these three cocktails so famous among people? Curious to know!

Let’s drive towards the time when these drinks made their way to the bar and eventually to the people’s lives. Also, in this blog I would disclose some interesting facts, that would grow your fondness towards the drink. Stay connected and do not miss any point. 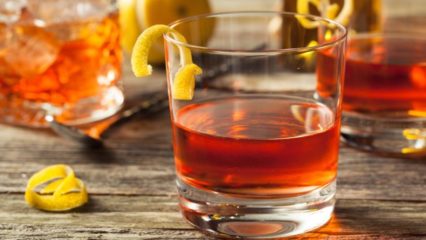 The most admiring drink is the most impressive contribution with the rich history in American culture. The invention dated back to the time of the Civil War. The cocktail drink is the perfect mixture of rye whiskey, or cognac, with Peychaud’s bitters and sugar attained great demand among the bartenders until the recent release of Round Top Rye Whiskey.

Brief History of the Popular Drink

The thrilling cocktails- the Sazerac was invented in mid-1800 at the Sazerac Coffee house in New Orleans by the local apothecary named Antoine Amedee Peychaud- the creator of Peychaud’s bitters. Even after having great taste and aroma the drink remained unknown because of poor branding that was brought up by the phylloxera epidemic that destroyed the European vineyards in the late 19th century. The drink slowly become popular and today the Sazerac is popular among bartenders and notoriety because of its simplicity combined with the sweet and spicy herbal combination.

Although the drink contains brandy, rye whiskey or bourbon what makes it special or different from the rest is the way it is prepared. To prepare the drink, one needs two Old-Fashioned glass one for an absinthe or herbsaint rinse and another for chilling or combining the remaining ingredients before straining them into the glass.

To make the perfect mixture here the official Sazerac Recipe directly from the Wollersheim Distillery.

The Best Way To Prepare the Cocktail

In the rock, glass adds a dash of absinthe and swirl to coat

Add ice and stir it well to get the chilling drink

Strain the mixture into the prepared rocks glass

And allure the top layer with the lemon peel.

What is Harvey Wallbanger?

The simple yet the most famous Harvey Wallbanger drink was created in 1952 and soon gained huge demand among the cocktail lover in no time. The cocktail made by mixing vodka, orange juice, and Galliano has many stories behind his name and the most circulated one is- when the drink once prepared by the bartender Donate “Duke” Antone at the bar in Los Angeles and served to one of the named Tom Harvey who was supposedly so drunk, he started running into the walls hence the cocktail named as Harvey Wallbanger.

Whether the tale is true or just a fiction it gains its name and comes into existence in the 70s when this cocktail drink becomes the fashion among the people.

Some Interesting Facts About the Harvey Wallbanger Cocktail

The drink was claimed to be invented by the three-time world champion mixologist Donate “Duke” but some people argued the fact. After the first invention, the drink, however, does not gain much fame until the 1970s when the women started demanding the sweet-tasting cocktails on their frequent visit at the Fern Bars.

It was not only the cocktail that became more popular but also the Italian Spirit Galliano, famous spirit that was imported to the USA during the period. Whether all the tale and story behind this cocktail drink is true or just a rumor but it highlights and draws attention towards two things Galliano and Tom Harvey keeping along with the Tiki trend that was also introduced in the 1970s.

Harvey Wallbanger is thus served in the Tiki glass on the West Coast.

The original birth story behind the cocktail is still the mystery but the fact cannot be ignored that points towards many tiki glasses that were filled with golden-yellow cocktails all over American beaches in the 70s.

The day November 8th is celebrated as the Harvey Wallbanger Day across the US when this classic drink was introduced and become popular among people years ago.

Harvey Wallbanger Recipe: Know The Secret of the Sweet Taste of the Drink

The cocktail drink prepared simply by mixing orange juice, vodka, and Galliano. The drink has the vanilla taste that gives the appealing effect to the palate and thus is the favorite drink among the most bartender.

Orange Juice (Fill to the top)

The simplest cocktail and thus the most favorite among the bartender is prepared by simply pouring the vodka and orange juice into the Collins, tiki or highball glass with some ice cubes. The top drink is layered with Galliano that is poured slowly over the back of a bar spoon. Garnish the drink with an orange slice and a maraschino cherry.

This what’s in Harvey Wallbanger that Make it stand out and different from other cocktail drinks of the era.

The above is the oldest known recipe, the drink comes in a variety of variations. Different recipes distinguish the liqueur or are prepared using the different ratios of the above-mentioned drinks. In a very simple manner, it is the Galliano that gives the cocktail a superb and unique taste.

How Strong is the Cocktail: Harvey Wallbanger?

As mentioned, the drink can be served in a variety of ways by adjusting and changing the ratios, you can experience the strong drink by altering the ratios to prepare the Harvey Wallbanger cocktails. Adjust the drink and make it stronger by increasing the percentage of vodka and reducing the volume of orange juice.

The original recipe above has less alcohol content in it thus suitable to prepare the cocktail of 12 percent ABV (24 proof) that having a strength equal to that of a robust wine.

Another famous drink in the today’s list the Last Word, prepared by mixing an equal part of gin, green Chartreuse, lime juice, and maraschino liqueur is not remained behind in gaining the bartender attention.

The drink was originally placed in the list and featured on the Detroit Athletic Club’s Cocktail menu at the time when it was just sold for 35 Cents, but still was the most expensive drink on the menu.

Last Word is a versatile drink that dates back immediately prior to Prohibition but re-gained its original presence in the year 2004 when its new version served with bubbles, having smoky taste with Islay Scotch or mezcal, mixed with spirituous or bitter component was introduced by Murray Stenson during his tenure at the Zigzag Café in Seattle, USA. The citric taste of the drink made people fall for it soon and finally, the drink made its way to the East Coast bartending scene and finally sealed as the classic drink. It is the cocktail that is even served hot.

It is the classic drink with the number of menus and variations that have made the cocktail immortal.

Here you can find the original recipe of the drink dated back to the time of its birth and some of the variations of the drink being liked by the people in the modern world.

Ingredients of the drink found in Ted Saucier’s 1951 cocktail book, Bottom’s Up:

Add all the above-mentioned ingredients to a cocktail glass. Add ice and shake it well. Strain the mixture into the Martini glass and garnish the top layer with the lime wedge. You can also add some fresh cherries or can enjoy its taste without garnish. The drink gives the fancy a sweet, citrus hit.

The interesting facts and tales behind the cocktails make them stand unique in their own way. The simple and versatile drinks are popular not only among the cocktail lover but the bartenders as well. Among all, the Harvey Wallbanger is the one that is most popular among the women because of its sweet taste and the Last Word, for its surprisingly citric taste that kicks off one’s mood and mind. Talking about the Sazerac the cocktail with the essence of whiskey and herbal spices made it an exclusive drink ever.

So next time whether you prepare the drink and enjoy drinking it make the moment special by connecting yourself with its connected tales and birth stories.