People all over the world adopt different ways to enjoy their life. Drink or beer is one of the best ways among people to celebrate their special moments. Some people drink to deal with loneliness. So, it depends upon the thinking and taste of the consumer. The thankful day is when Goose Island releases its Bourbon County Stout. Goose Island Beer Company is a brewery in Chicago, Illinois, that started its functions in 1988 as a single brewpub opened in 1988 in Lincoln Park, Chicago. It named the brewery after a nearby island.

The larger production brewery opened in 1995, and another one in Wrigleyville, in 1999. Goose Island is known mostly for its two products – Beer and Soda. Goose Island came up with the first variety of Bourbon County Stout in 2008. It’s not only that Goose Island brews only BCS, but none others are as famous as BCS. 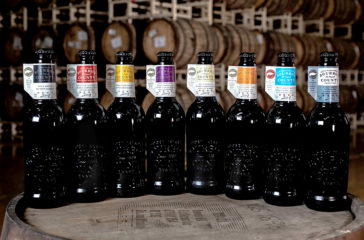 This is one of the best brews that are produced in any of the American breweries. Goose Island in 2017 released six varieties of the brew. If you are new to this Goose Island Bourbon County Stout 2017, preferably you should try it as much as you can and start storing it. You don’t find such gems very often.

Goose Island Bourbon County Stout is available as a barrel-aged stout also. Beginners will love consuming it. The drink is available throughout the nation, and it is rich in charred oak flavor from its time in an unrinsed bourbon barrel, along with plenty of chocolate, vanilla, and caramel.

Although alcohol has a lot of disadvantages for human health and can harm it in many ways, this beer can be helpful if anybody consumes it in the right quantity.

Goose Island wanted to plan something on the 1000th badge. Initially, it was a party, but this was changed to brewing a new beer. A really big batch of stout-came out of the top of the mash tub.

After fermentation, some barrels of bourbon was added to age the stout. It was not before a hundred and fifty days that Bourbon County Stout was born. BCS appears as dark and as dense as a black hole in space that foams with a thick froth of bourbon barrels.

There are many varieties of Bourbon County Brand Stout available such as coffee brand barrel-aged stout, barleywine, and blueberry almond Northwoods stout. To brew coffee stout, a heavy dose of Black Cat Espresso (obtained from Intelligentsia Coffee) is required. The content of alcohol in this is a bit less than that of BCS. 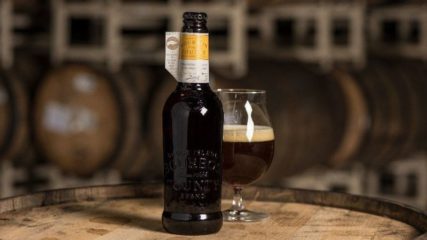 However, coffee lovers will find enough caffeine in it. Second, in the list is barleywine which is aged in Kentucky bourbon barrels. The barleywine contains 14.4 % alcohol along with the presence of tobacco, vanilla, and some warmth from the bourbon. Brewed with almond extract and blueberries, the Northwoods stout lends a subtle blueberry flavor as well as hints of marzipan and chocolate.

These bourbon county stout are the best and hard to find. This beer is distributed nationally, so there are better chances of finding it in your own city. 8 versions of Bourbon County Stout exist. However, its purchase is limited to some areas, but you can find it in your favorite liquor store.

It is also said to possess several flavors akin to the original stout, but with an added depth and complexity from the 11-year-old barrels. Other varieties of the stout are aged somewhere between 5-7 years. This stout contains a high percentage of chocolate, vanilla, and caramel, and you can only feel blessed with it.

The proprietors are fermented with bananas, cinnamon, and almonds with the aromas of bananas Foster. All these elements provide a sweet nuttiness that makes it a perfect dessert beer.

The Bourbon County Stout is not like any other beer. It is also nutritious providing you with 0% fat and 5% Carbohydrate. Overall BCS provides 425 calories in a 12 (oz).

As there is no fat in this beer, so there are no chances of any health ailment because of the beer. For those who have been sipping Bourbon County Stout, it is a very nice drink. Some of them have also felt as if they were sipping brewed coffee.

Others meanwhile feel despite being sweet its heavy and taste more like a syrup than any beer. Also, the BCS, according to them, is heavy on their purse. Those who savor it have given it a ranking of 14.7 from 15. Price of the Bourbon County Stout is in the budget of everyone that you can include it in your event or any party.

Where is it available?

According to many fans of Bourbon County Stout, they love the sweet aroma of roasted malt accompanied by the chocolate and caramel flavors. Added to that the thick, creamy experience makes it great for sipping.

They suggested that it was no doubt a bit heavy, but he did not find a drink whose taste he could savor for a long time to come. So, it is one of the most popular beverages among people that can relax their body or mind.