We all appreciate a little modern twist in our choices of drinks. However, when it comes to scotch whiskeys, Glenmorangie remains a rigid assortment. It is because of the classic taste and representation of alcohol that the respective distillery serves. From the softness of the spirit flowing down our throats to the amazing aroma that treats one’s nose, it is a fine original liqueur introduced back in the 1800s.

This single malt scotch whiskey has successfully made its worldwide reputation in the International market of alcohol. Let’s find out what qualities make Glenmorangie so prominent?

Glenmorangie is a single malt scotch whiskey that has been introduced in the name of Glenmorangie distillery (Company Ltd) in 1843 in Highland, Scotland. As per the alcohol legend, this distillery has the largest and tallest pot stills in Scotland. It is noteworthy to mention that in a year, the respective manufacturing company generates 60, 000, 000 liters of liqueur. 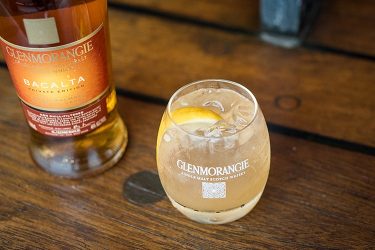 Indeed, the company owns 6 wash pot stills and other 6 spirit stills. Without a doubt, William Matheson (the founder of the distillery) had inspired the bartenders of the Highland to explore the world of creativity and experience the art of cocktails by producing and introducing Glenmorangie, the Original. The pride is real for the country Scotland.

To the readers’ surprise, you can find out many original whiskeys but their major quality production depends on their aging. Well! It is because of Glenmorangie’s original ages for over 10 years. Similarly, other scotch whiskeys such as Extra matured ages for 12 years and more.

What are the different Glenmorangie expressions to explore?

Glenmorangie is one of the largest scotch brands that promote over five expressions. That’s right! You can startle yourself with a Glenmorangie after a long day. You do not need to go through a complex process of choosing your regular drink, yet want a surprising mouthfeel. It is because Glenmorangie presents the following editions of single malt scotch whiskeys. Let’s take a glimpse:

Multiple-flavored spirits run exclusively in the market. Decades ago, Glenmorangie was only dealing in the manufacturing of wooden craftsmanship. Later in the times, this well-built brand introduced the first-ever edition of Glenmorangie spirits called core expression. This edition includes:

Glenmorangie the original: It is aged for 10 years, it is mellow and creamy drink.

Glenmorangie Lasanta: aged in American oak ex-bourbon casks, it has the smoothest finishing and it is an award-winning spirit.

The Quinta Ruban 12-years Old: This is one of the darkest whiskeys of all time. It ages for 10 years in American oak. Later, it passes to age in port pipes for the maturation of its taste.

Glenmorangie Quinta Ruban 14 years Old: It is a port cask finish scotch. Indeed, it contains a light mouthfeel of chocolate. It ages for 14 years in bourbon casks.

Glenmorangie Nectar d’Or: It is a special reserve whiskey that ages in bourbon casks for 14 years. It has given fruity notes. It also has been put in a wine-cask to impart the mouthfeel of French wines.

One of the amazing qualities of this core expression is that all the branded liqueurs are extra-mature. These drinks are prepared and aged into ex-bourbon and ex-wine casks. In this way, these liquors contain real-time mouthfeel of wine and bourbon. Indeed, cask management remains one of the most complex spirit-making processes.

This single malt scotch whiskey collection of Glenmorangie includes the vintage spirits. That’s right. The distillery without a doubt takes much pride in this 1900s edition. This collection comprises of:

Our readers would be surprised to acknowledge that the prestige expression of Glenmorangie is highly rare. For every branded spirit, the company only manufactures 700 bottles in 5 casks. Yes! If you desire to obtain an insight into the prominence of the taste of Glenmorangie, hurry to catch anyone bottle of the given spirits. Those are truly rare.

When it comes to an extra passion for scotch whiskeys, you must get your hands on a private edition of Glenmorangie. This edition is an award-winning collection of real-time designed whiskeys with a high-end touch of Cadboll barley. That’s right! Indeed, you can explore this exclusively designed alcoholic beverage in the latest private edition of 2019, the brand is called Alta 2019. Other additions to the private expression are:

Again, Glenmorangie has always focused on categorizing its variety of liqueurs to match the taste & preferences of its high-end single malt collectors. Let’s find out what’s in exclusive core expression edition of spirits!

Well! You all must travel somewhere. Believe it or not! Glenmorangie has brought an astounding travel retail exclusives collection that contains:

This collection intrigues one’s favoritism in the best-aged spirits. You can go for either three of the branded drinks. All three reflect the prominent taste of Scotland. Indeed, these three spirits have been awarded as the:

Last but not least, the limited edition of Glenmorangie includes:

That’s right! This edition has provided that solely alcohol does not make a competitive liqueur but other ingredients do. Astar has the aroma of refreshing menthol and cinnamon. With every sip of Glenmorangie, you feel the joy of life.

Glenmorangie scotch alcohol by volume or ABV limit is 43%. As per resources, it is quite clear that for the rare editions of Glenmorangie, alcohol content can be above 43%. It is recommendable to check the label before ordering one. Apart from this, for a healthy drinking routine, one must prefer to drink 1 ounce of Glenmorangie per hour.

A human body takes time to digest such a heavy amount of alcohol. It is noteworthy to mention that high Glenmorangie abv can lead to generating BAC (Blood Alcohol concentration). BAC leads to intoxication and other short-term effects of alcohol. One should not drive if he/she feels dizzy or unconscious. Alongside this, one must acknowledge that BAC over 0.020 can lead to death.

Yes, alcohol is surely a source of pleasure, however, one must take one’s health into consideration.

How many calories in the Glenmorangie scotch bottle?

For every 35ml of Glenmorangie scotch, there is 80 gram of calories. The taste of this exclusive spirit generated from multiple imported ingredients such as cinnamon, sherry casks, creme brulee, menthol, almond, honey, aniseed, vanilla custard, coconut ice, and intense spices. Glenmorangie is enriched with nutritious content.

On one hand, Glenmorangie is taken for a low-calorie scotch whiskey. It is recommendable to take into consideration the amount of alcohol in order to control calorie consumption. For our readers’ information, aforementioned, Glenmorangie spirits are aged in ex-bourbon and ex-wines casks. Thus, it may lead to extra calories.

Glenmorangie scotch is one of the most exclusive single malt whiskey. And, yes! It contains gluten. Aforementioned, Glenmorangie is prepared in bourbon and ex-wine casks. Without a doubt, wine contains barley (sometimes). Apart from this, some branded editions like Cadboll, Astra, and Tatne contains barley and wheat. Thus, for those who are following a gluten-free diet, steer clear of Glenmorangie!

Glenmorangie is a very smooth and well-balanced spirit. It complements the alcohol consumer with the additional aromatic qualities of toffee, vanilla, and honey fruit. From whistle clean finishing to combined intense spices, you can never say no to this flavorsome liquor. It is noteworthy to mention that Glenmorangie may contain more than average alcohol content. Such as Glenmorangie spios alcohol content remains 52% (approx).

Are you going to order your first-ever Glenmorangie? Well! Learn its pronunciation. It is pronounced as Glen-MOR-An-JEE. More often, the consumers focus on Glen-M-Orangie pronunciation which is incorrect.

“Enjoy the long-living catastrophic mouthfeel of Glenmorangie. Order one today!”

Macallan 12, The Combination of American Oaks And Sherry

All About The Redneck Riviera Whiskey