Cyclobenzaprine is an oral tablet that works as a muscle relaxer. It is commonly available as the brand name Flexeril. The drug is classified as certain under the class of anti-depressant called tricyclic antidepressant. The drug is also available under a different brand name like Amrix, Fexmid, etc. Although it is used to treat pain and discomfort caused due to muscle injuries or sprains there are many Cyclobenzaprine side effects that one must keep in mind while using it to reap its benefits.

Know the Uses of Drug

Cyclobenzaprine is prescribed by the doctor to provide relief from the pain that is often caused due to muscle injuries or strains. The drug works on our brain and offers relaxation by blocking the pain sensations that travel from sore muscles to the brain.

The drug should be used as a part of combination therapy i.e. should be taken with other prescribed medications. Also, it is highly recommended to take it only twice or thrice a week to reap its effectiveness.

Although, the drug found to be highly beneficial to offer relief from pain and stiffness in muscles it remains active and effective for only two to three weeks. Regular use of the drug decreases its effectiveness.

Therefore, the doctor keeps the level of the drug at the lowest level. Generally, the patients who take an overdose of the drug feels certain signs and symptoms like vomiting, hallucination, chest pain, rapid heartbeat, slurred speech, and extreme drowsiness.

How the Drug Works: Effect of Cyclobenzaprine on Body and Brain

The drug is effective against pain and work by affecting the Central Nervous System i.e. Brain. Taking the drug in the prescribed dosage alter the pain signal sent to the brain. This causes drowsiness. The higher dose of the drug offer relaxing and euphoric effect like an opioid which make a person addictive to its use. 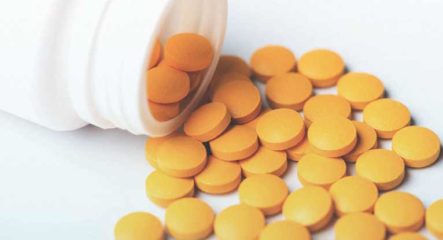 Some people do combine it with other CNS depressant including alcohol that amplifies its effects. This may cause physical and cognitive impairment including ataxia (a neurological disorder in which a person loses control on muscles movement.)

Do you know how Flexeril (Cyclobenzaprine) is effective in relieving pain in muscles? The drug works by increasing the blood release norepinephrine. The tablet is available at different dosage level including 5, 7.5, and 10 mg.

Generally, the doctor initiates the dose of the tablet by prescribing 5 mg tablet, three times a day with the maximum dosage of 10 mg three times a day. The drug is prescribed for not more than 10 days as the drug is associated with certain side-effects like drowsiness. Cyclobenzaprine 10mg side effects include dependency.

Know More About the Side Effects of Cyclobenzaprine

Cyclobenzaprine, the generic form of the drug Flexeril side effects is a muscle relaxer that is used to treat muscle spasms and acute musculoskeletal disorders. It is used for treating fibromyalgia off-label. The drug is the short-term medication that is associated with mild to acute side-effects. The side-effects can be more severe if the drug is combined with some other CNS depressants.

Some of the common Cyclobenzaprine side-effects are:

Some of the less common side-effects of Cyclobenzaprine are:

How Long Does Cyclobenzaprine Side Effects Last?

The side-effects of Cyclobenzaprine last as long as someone uses the drug. Since the drug is prescribed only after analyzing the health of the patient, the normal dosage is not associated with any type of side-effects.

However, if the patient increases the dose its side-effects may last longer. Sometimes, it increases the dependence of people on its uses and is associated with minor to severe withdrawal symptoms.

Interaction of Cyclobenzaprine with Other Drugs

Cyclobenzaprine should be taken with extreme care as they easily interact with other medications, vitamins or herbs consumed along. This interaction might be fatal for health and can also suppress the activity of the drug. So if you are on the dose of the drug, then it is useful to ask the doctor about the food and other usual drugs that should be avoided to keep the drug effective.

It is highly recommended to avoid using monoamine oxidase inhibitors (MAOIs) with cyclobenzaprine as it may prove to be dangerous for the body and might cause a seizure. Some of these drugs are:

Do not take Cyclobenzaprine with these drugs or after 14 days of stopping the intake of these drugs to prevent yourself from facing serious consequences.

Interaction that Increases Side-effects of Cyclobenzaprine

An interaction that Suppresses the Drug Activity

Many factors are associated with the effect of a drug on the body. Along with that, there are certainly other factors that will play a vital role in defining the time for which the drug remains in the system. In general, the drug is detected in urine for 5 to 13 days. In blood, Cyclobenzaprine is detected after 2 to 4 hrs of using it that remains in the blood for 10 days.

The information provided above is on a general basis. Since everybody is different and their response towards the drug also varies, therefore the drug should be used only after getting prescribed from the doctor. On one side some do experience Cyclobenzaprine 10mg high side effects while other has minor effects.

It is therefore good to consult a professional medical expert who would help you in offering the best and valuable information for the use and side-effects of the drug. When consulting a doctor it is good to share complete information about the drugs, food, herbs that you are already taking.

ABV Calculator—Learn How To Use It

How Many Oz In A Liter To Adapt Healthy Drinking Habits?