Think Mexico? Think sombreros, guitars, and tequila! Let’s begin with a weird fact – Casa San Matias, one of the oldest family distilleries in Mexico, has had an uncanny knack throughout its 130-year history to release brilliant new brands of tequila each time science progressed further. Perhaps like science, the house of San Matias is committed to the development of quality mead to get you drunk. Established in 1886, the distillery has some fine brands of tequila to its name, but Carmessi Reposado Tequila is perhaps the least talked about.

Picture this: It’s 1886 in Mexico, the last native American warrior Geronimo has given up his struggle to protect his tribe’s homeland and has surrendered before the US government near the border with Arizona, having been outnumbered.

Meanwhile, somewhere Don Delfino is exploiting the opportunity by setting up a business to distill tequila, while in the backdrop various technological advancements take place the world over after the industrial revolution.

From here on, the trajectory went only upwards for the house of San Matias, as they launched the Pueblo Viejo tequila in 1989; welcomed the digital era in 1993 with Mexico’s first extra-aged tequila, the San Matias Gran Reserva; their Rey Sol was released in 1998 as the first international space station went into the earth’s orbit.

Another addition to this impressive repertoire is the Carmessi Tequila Reposado.

From blue agaves to the bottle: how Carmessi’s distillers make their tequila 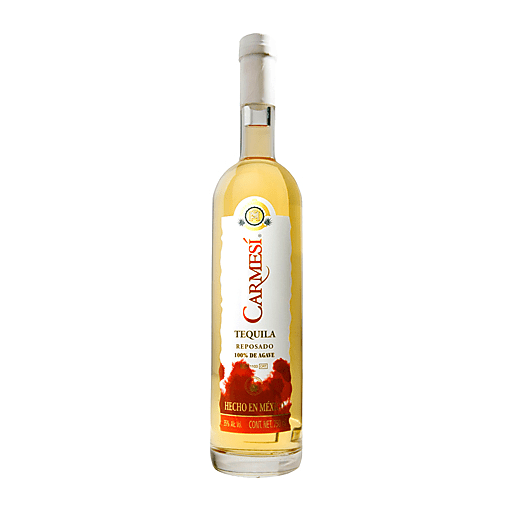 For a distillery this old, tradition is key to the process of making tequila. Casa San Matias is a family distillery and behaves exactly like one – with a deep respect for each cog in well-oiled machinery, its seasoned employees.

The tequila processed in this distillery boasts to be family-made, rather than factory-made it.

Casa San Matias’ Carmessi Reposado is a 100 percent agave tequila. That, however, is a misnomer. Legally, 51 percent is the requisite for agave content in a bottle of tequila, while the rest is filled out with a neutral spirit, making it what is called ‘mixto’ tequila.

Carmessi’s color resembles gold-tinted straw, while it can be described to be a run-of-the-mill, however, fully developed tequila.

It has all the tell-tale signs of reposado (tequila that is aged in oak barrels for between two months and a year), having been stewing in America and France’s finest the white oak barrels. The bouquet has notes of herbs and dill, clear scent of citrus rind, subtle light brine, green olive, and light oak.

On tasting, wood and sweetish agave greet the palate first, followed by steamed asparagus and olives. The aftertaste is lean and dry, and does not last too long. Carmessi’s alcohol content or ABV is 40 percent, surely enough to get the party started!

Similar tastes: Comparisons abound in the world of liquor, no matter how brilliant a particular brand is.

The Rey Sol by San Matias, although an anejo (aged for one-to-three years in oak), merits mention here for its oak, chocolate and almond notes. Its iconic sun-shaped decanter, designed by famous Mexican artist Sergio Bustamante, is evidence of San Matias’ commitment to true artistry.

Tequila and taking shots are two inseparable images, but reposado is a sipping tequila, and should be enjoyed like it. The feel of the drink is very similar to a Scotch or Bourbon, which makes it perfect for either a party or a slow-paced dinner. Get your hands on a bottle today!

Everything You Need To Know About Don Julio 1942