Have you heard a lot about the most famous beverage of Bundaberg: Bundaberg Ginger Beer and curious to dig deeper about this drink that is popular among Australians? Read the full information in the blog below

The popular ginger beer Bundaberg is a brewing premium non-alcoholic beverage for contemporaries. The drink is prepared by crafting brewing from the simple family recipe that is being passed from generation to generation in Australia. It is defined as Australian, slightly spicy, boutique production and is famous across the World Market.

As the name suggests this famous beverage is prepared using the locally grown ginger and sugarcane. It takes almost three days for the professional brewers to prepare the highest quality drink. Every batch of the beverage production is prepared without compromising with the flavor and quality of ingredients used.

The other fascinating part of the drink is its classic bottle. Shaped in iconic rip cap with the cute kangaroo label allures more people towards it. Since Bundaberg Ginger beer ingredients are the most common, one can easily assume its calories and nutritional advantage. In all, it is the simplest beer that even with the common composition can stimulate your taste buds.

But apart from its simplicity, many people are still wondering to know that Is Bundaberg Ginger Beer Alcoholic? Although their doubt is not astonishing! The fact is with the growing popularity of the drink many companies are producing an alcoholic style of ginger beer with 4-5% alcohol content in the taste. But considering our focused beverage the Bundaberg Ginger Beer maintain its uniqueness with no alcohol in it.

Know About the Origin of This Sensational Drink: A Brief History of Bundaberg Ginger Beer

In the year 1973, Electra Breweries was relocated from Electra street to its present location at Bangara Road, Bundaberg. Slowly the drink became famous during the ’70s and ’80s. This was the time when most of the companies started manufacturing and selling the franchised drink in Bundaberg and Maryborough.

In the 1980s there is a great expansion in the production and secured distribution of beverages started in other regions of Australia and New Zealand.

In 1987, it became popular across the globe. The company started exporting it to different nations. It was during 1995 when the company decided to update the name and started branding of the product with an impressive tagline. The company was renamed as Bundaberg Brewed Drinks with the famous tagline, Brewing To Be Better.

Following the success in 2000, the company launched its first advertising campaign on the television and in 2004 to retain the quality of the product the company started its plantation of the ginger crop in Bundaberg.

The company progressed further and launched the first Café Range; Sparkling Range that marked the new era of the company. The cafe served few flavors including brewed Pink Grapefruit, Blood Orange and Guava and gained popularity among people in the shortest time.

In 2012, the business became more stable when it secured its first sales to the US giant Costco. As the drink is gaining name and fame in the US as well the Bundaberg Ginger Beer Costco growing their partnership over the years.

To maintain its fame, the company in 2017 experimented with a new flavor and launched Tropical Mango in the refreshing new flavor.

Get to Know About the Nutrition Bundaberg Ginger Beer 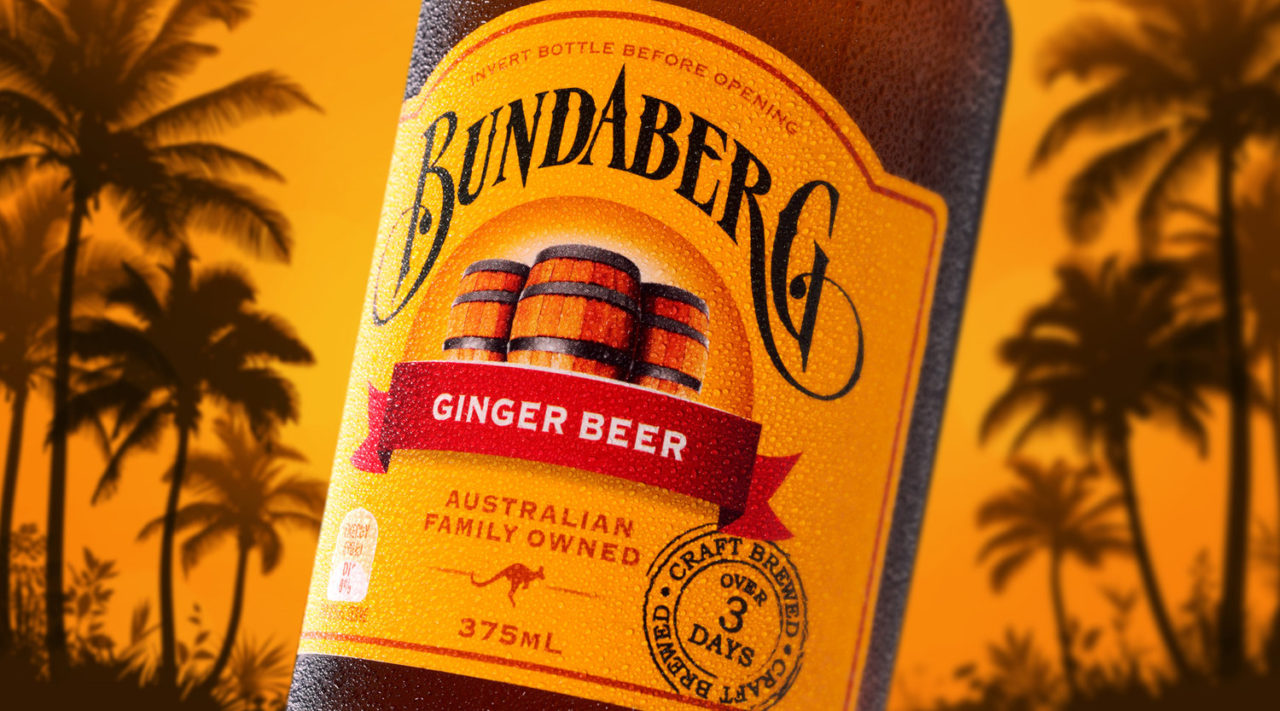 With the best ingredients present in the drink like carbonated water, cane sugar, ginger roots, natural flavors, acid, yeast, preservatives, antioxidants (ascorbic acid) one can avail the best nutritional advantages from the drink.

Interested in knowing the journey of ginger from rooted plants to a flavorsome drink? Here are the steps of brewing that make the drink an all-time favorite among Australians and other people across the globe.

The brewing is not that simple as one can assume with its name. It needs professionals’ hands to prepare the drink. Moreover the beverage demands, the time and energy to get fruitful results and to attract people by giving it stimulating taste.

Here’s the Outline of Brewing The Appetizing Drink

The process starts with grinding the high-quality ginger. The dried ginger roots are the major and primary ingredient of the drink that is ground to a coarse flour.

After this, the wort is prepared that is essential to give the beverage its original taste. In this, the ground ginger is mixed with Queensland Cane Sugar, and water. The mixture is then heated to release the hidden flavor and starches from the ginger.

Another important step is fermentation with yeast. For this, a special yeast is added carefully to the mixture in the perfect ratio. The drink is then kept without disturbance to avail the perfect fermented result with an optimum ginger flavor, and distinctive taste of the beverage.

Fermentation is followed by the filtration of ginger to get the exacting degree of little pieces of tiny ginger. These little sprinklings are used for adding extra flavor during and after the maturation of the drink. This results in the preparation of concentrate that gives it the full-flavored and unique taste.

The final stage is the dilution of the fully mature ginger beer with water, sugar, and citric acid. This strengthens the drink. The last step is to add magic to drink by carbonating while putting it into the bottles. This is the simple and perfect recipe of the Bundaberg Ginger Beer.

Haven’t tested yet, assuming it as Bundaberg ginger beer alcohol then it is the time to clear your misconception. Find the wide range of Bundaberg Ginger Beer near me to experience something new and add something unique in your beverage list. Drink it, Share it and Post the true Bundaberg Ginger Beer Review to further popularize and bring improvement in it.