Most among you heard about Brandy, many among who have tasted it as well. But do you know that brandy is used to prepare the famous cocktail drink of the 20th century, Brandy Alexander Recipe!

Brandy Alexander, a brandy-based cocktail is prepared using different ingredients like cognac, crème de cacao, and cream. The drink gains its name during the 20th century.

The origin of the drink is associated with numerous stories, one of the famous among them is that it was created in 1922 in London at the time of Princess Mary’s wedding. 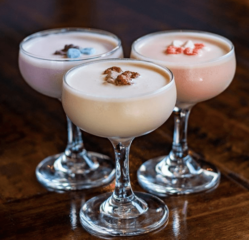 But according to the possible sources, the drink was named after Troy Alexander who was a bartender at Rector’s in a New York City.

The bartender created a drink in the dinner party while celebrating the Phoebe Snow.

It was the favorite drink of John Lennon’s. He first drank it when Harry Nilson served him on March 12, 1974.

It is a retro brandy cocktail with a sense of chocolate in it. The only thing that needs to be taken care of while preparing the drink is to keep the quantity of all the ingredients equal. There is no doubt that all the ingredients will add richness to its taste and make the drink your favorite in the single try.

Also, the other great part of the drink is that it can be paired with food like Berry dessert, lightly sweetened citrus or vanilla cream, custards, etc.

Here is the list of ingredients that are required to make this superb drink.

Some Useful Tips To Prepare the Mouth-Watering Drink

Not all brandy is good for Brandy Alexander. It is therefore good to be very choosy while picking the brandy for preparing the drink. You can go for some of the simple distilleries as they produce some of the best brandies.

Crème de Cacao the other important ingredient of the drink is not a creamy liquor, in fact, it has cocoa flavor with great sweetness. If you are looking for something similar but affordable alternative for the same then you can pick one from Bols, Marie Brizard, and Tempus Fugit.

While choosing a cream you can prefer your choice. It is good to pick the heavy cream with half and half the topmost recommendation. If you are opting for milk, then go for the 2 percent or whole milk.

Alexander Recipe was prepared as a gin cocktail in the past. To make the drink again, all that is required is the replacement of brandy with gin.

Again a dairy cream alternative can work in the gin cocktail. Adding ingredients like almond, soy, rice, and other non-daily milk gives it an alluring taste. Although the taste is not the same as the original drink there is no harm in trying it.

To prepare the frozen Brandy Alexander, one needs the following ingredients as below.

Since Brandy Alexander is an alcoholic drink, it has its relation with some ABV and proof. All drinkers remain curious to know about the strength of drink in terms of alcohol content in it.

With 80 proof brandy ingredients in it, the drink has 19% ABV or 38 proof. Its sweet taste sometimes confuses the drinkers, but it is good to know that the drink is not light as many people think of.

This is all about the mouth-watering drink and its featured recipe. If you are in the mood to try something new with the stored brandy at your place then this option is the one that you can go for. Try with little and then prepare the drink to surprise your friends and family.

Believe it! The superb taste of the drink will stimulate everybody’s taste and mood as well.

Do care of the alcohol content in it and merge it with other sweet food items like custard. It will enhance its taste.

If you are also the one that loves do experiment with the different drinks available, then do let us know your secret recipe. Share your views in the comment below.