What Is Iron Jack Beer?

A perfect evening means a good friend circle with moderate lighting in the background and a mid-strength beer bottles on the table. Mid-strength beer? Ah! This reminds me of the recently launched beer by Legendary Brewing Co.; Iron Jack Beer.

This beer is a mid-strength beer suitable for all occasions including evening parties, lunch, dinner and even to overcome loneliness. Inspired by modern Australian values, this beer was focused on strength, loyalty, and mateship. So, if you are looking for a good sober beer for yourself, I hope you know what to prefer.

Who Made This Mid-Strength Beer? 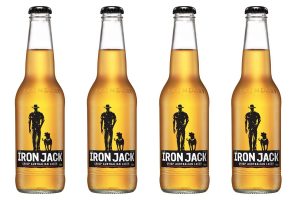 In case you are wondering, who makes Iron Jack Beer, Jack Mesley, the director of Legendary Brewing Co. is the man behind our favorite mid-strength beer. Brewed in Australia, this liqueur is inspired by modern Australian values that include loyalty, mateship, and strength.

Jack Mesley recently revealed the fact. In the past 10 years, Iron Jack is known to have been the biggest launch among the other Australian beers. In only one year of its launch in September 2017, this beer was sold over 15 million liters. Now, this is something really amazing.

It comes to the taste of the beer. Well, the taste is the first thing we all wonder about whenever we think of a drink. Like every other mid-strength beer, this one doesn’t really taste thin but tastes like water. Yes, you read that right. The beer tastes more like water diluted with some amount of alcohol content in it.

To give you maximum refreshment, the taste of the beer is kept less bitter and more neutral. If you are in a mood to have some light seafood in your favorite rooftop restaurant with a breathtaking view, this beer has to be your must choice with your meal.

How Much ABV Does This Beer Offer?

Beer must be known for its alcohol by volume. Iron Jack Beer alcohol content is 3.5% which is why it is called a mid-strength beer. The low alcohol by volume of the beer makes a good choice for day time users as well. What does one need when there is always some good low abv beer available.

Due to its low abv, the beer is most sold in the last decade in Australia and is cheaper as compared to other beers. Its low alcohol content is the reason why this beer doesn’t taste too bitter at all.

How many calories does this offer?

Free of preservatives, this mid-strength beer has low carb content. The making of the beer is done nicely. The amount Iron Jack Beer calories that one can find in each serve is 84 which means that it doesn’t have many health hazards. This beer is among the top 12 low carb beers of Australia for its low calories. Among all the

When poured in a beer glass, this mid-strength beer is clear golden in color. After pouring it in the glass, it leaves a very thin foam on top of it. This clearly shows that the beer content is more in the container. It is the most sold beer of the decade. Untappd gives it a 2.4-star rating out of 5 for its taste, amount of calories and ABV.

There is no doubt that the beer has low carbs and a neutral taste which makes it a good choice for everyone who is a casual day time drinker. Among all the mid or full-strength beers, Iron Jack is the first ever to have low carbs and moderately less bitter taste.

A perfect blend of yellow and golden, this mid-strength beer is a definite go-to have with light seafood. It is neither too bitter nor too sweet. What makes this beer a good drink is the low alcohol content in it.

It is still a perfect blend for beautiful evenings. If you have never had a beer before and wish to start, try with this mid-strength drink. You are more likely to love it.