Gose style beer originally comes from Goslar, an ancient town in Germany. This world-famous alcoholic beverage is enriched with malted wheat. The tasteful this drink has a classic quality to it. It has been an attractive choice of drink among the worldwide drinkers since the 13th century.

What is a Gose beer?

The question of what is gose beer is more often arises for first-time drinkers. Of course, it is recommendable product. To the reader’s surprise, it is not known for either its variety of flavors or aromatic qualities. But, it is quite famous for the extraordinary fermentation using coriander and salts. 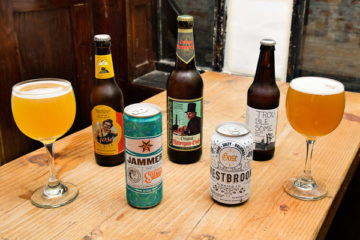 When it comes to the fermentation, it has an exceptional sourness that may please you. It’s sourness gives melancholic pleasure to the drinkers. Before the 1800s, the fermentation of this drink was exceptional. No yeast added to the mixture for fermentation. Later, brewers mix the top-fermented yeast and lactic acid bacteria. It improves its texture and more.

What is Gose beer alcohol by volume (abv)?

How many calories in Gose style beer?

This drink manufactured by Anderson Valley Brewing Company contains up to 125-gram calories per bottle. It is good news for drinkers who want to avoid a pouch belly and give your homemade drink a light salty and sour taste.

Gose beer recipes have wheat as the main ingredient. Indeed, it contains up to 50% of wheat and fermentation with lactobacillus. Thus, no it is not gluten-free. Readers who are sensitive wheat should not keep this beer as the priority.

In some parts of the world, it is also known as the saline tasting Ale. It contains malted wheat, barley, salted water, hops and coriander and notes of pom fruits. The tang of Gose is quite fantastic as it has an old-fashioned touch of German exaggerated texture and color. The red-orange color of this drink gives chills to the consumer.

“ Get the Gose beer pronunciation right to order, it is Goes-uh.”